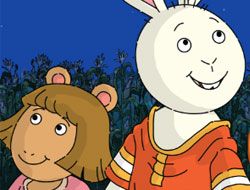 😢 You have problems playing Moonlight Mazes?

🧐 How is Moonlight Mazes

It's always a great day if new and interesting Arthur Games online can be added here for you since these characters that have been here for a big number of years now are still relevant and popular, and children don't just want to watch episodes of their television show, but they also want to interact more directly with them through the awesome games that we have here that feature them, such as this maze game is right now, a maze game unlike we've had here before which is entitled Moonlight Mazes, and which is highly recommended. Now, since you must want to know how to solve the mazes, or at least how you are supposed to, we will give you more information right here, after which you should have no problems with the game at all, but be able to give it everything you have best! There are three mazes, and they are represented by three jars, each with a different animal in them, with the animals being released if you get out of the maze. To navigate with the characters you use the arrow keys, obviously. Hold them down if you want to move faster. You don't have a full view of the maze, as there is going to be just a part that has a light, coming from the lamp. You have to not just find the way out of the maze, which will be set at a farm, so there will be bushes that make up the walls through which you move but make sure to first find the animal of that level, and then take it with you to rescue it. Simple as that, so now that you know what to do and how, let the fun begin right away, only here, and don't stop, since there are more games with Arthur you can find and play here, all of which definitely a great joy to be had!