Hide and Seek with… 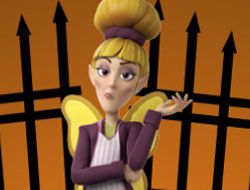 😢 You have problems playing Halloween Hide and Seek?

I am Frankie Hide And…

🧐 How is Halloween Hide and Seek

Halloween Hide and Seek is a special skill game and hidden objects game unlike you've seen before into our category of Nick Jr Games, and this game is just perfect for Halloween, even more so if you are big fans of shows on this network such as Abby Hatcher, Paw Patrol, Blaze, and the Monster Machines Games, Butterbean's Cafe, or Top Wing, because the game features characters from all these shows, which is why their friv categories also have the game, and it does not matter where you've come here from, since you're in for a real treat! At the bottom of the screen, you have a list of characters from the earlier-mentioned shows. You will have an image depicting a haunted house during Halloween, with a full moon, bats and ghosts all around. Well, the characters will pop out of different places, and when they do, click on the same character from the list down below, getting a point each time you are correct. Until the pumpkin at the top completely turns from white to orange, give it your best to get as many points as possible by clicking on the characters when they appear, simple as that. It's not often that combinations of skill games with hidden items games like this one comes by, so try it, see why it's awesome, and you can always start again the game to see if you can make more points during another go.

Blaze and the Monster Machines Games