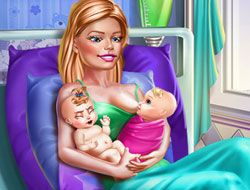 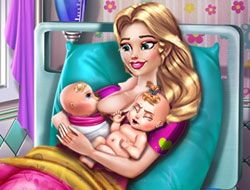 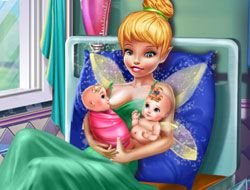 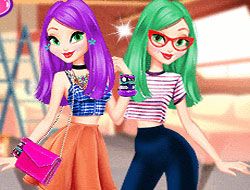 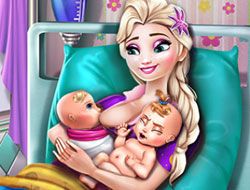 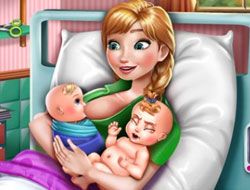 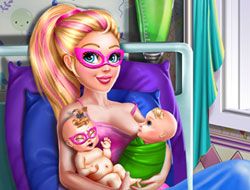 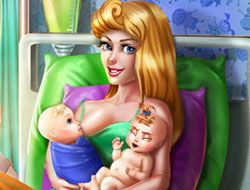 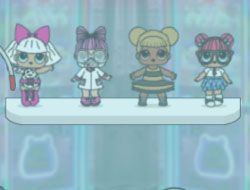 Two beautiful teenage twins have been left alone at the house today by their parents, so they decided that they would have some adventures around the house, so they took a ladder and climbed to the attic, where they are about to find a lot of surprises and be able to do a lot of fun things, which is what you get to join them in right now if you play the game called Twins Adventures Attic Surprise, a combination of memory games, decoration games, differences games, as well as dress up games, of course. You start by going through pictures from a box in order to find the differences between them, having to choose between baby pictures, one with a bear, one with toys, and another one that has a bicycle. After choosing the one you want to play with, find the five differences between them and mark them. You then start decorating a baby picture of the two twins, using the menu to select a background, the frame that the picture will be put in, and with the crayon, you can draw anything you want on it. The two girls have then found boxes of their old clothes, which is why the third and fourth levels of the game will be dressing up stages, dressing up one of the girls in each. From the wardrobes you get to pick from a lot of haircuts, tops and bottoms ranging from shirts, blouses, to trousers and jeans, as well as picking the boots, sandals, or other footwear for their feet. Of course, you get to accessorize their looks with jewelry, glasses, or stylish bags. In the fifth level of the game, also the last, the two girls are relaxing by playing their favorite game, a memory game with cards where you help them find and match all of the identical pairs of cards. Start the fun right now, like only here you can have it!

Road To Royalty Battle Of Dolls

Tale of the Dragon Princess

Max and Ruby Dress Up

Rainbow Rocks Battle of the Bands