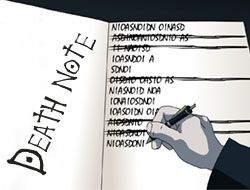 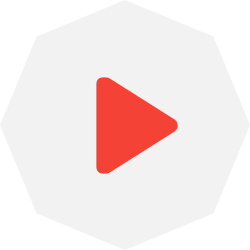 Write down the bad guys and be the next Kira in the Death Note Type game. Like in the anime or manga, you will have the power to write down the names of various criminals, trying to make the world a better place. As you may know, there are many Kiras, starting with The First Kira, L-Kira - Light Yagami. In the Kira investigation, the police saw different methods of killing, so, they give different nicknames to differentiate them.

Type down names in the Death Note Type game and be the next Kira.


As that, we have in total 6 Kiras - L-Kira, Misa Amane, Kyosuke Higuchi, Teru Mikami, C-Kira, and Minoru Tanaka. Be aware - like in the Death Note anime, Ryuk is the demon that gives the power to the people - use it as you wish, but be very careful, because this demon is from Shinigami.

It's pretty simple to play this game - just write down the names and use hit enter to execute them. Play Death Note Type and listen to epic music and soundtracks from the anime. Trust me - this is one of the most scaring games that I have played. You can find the best horror games on Gameszap.

The game is pretty simple to play.

Are there any tips & tricks?

If you write something from mystake down - just hit backspace and it will be deleted from the note.

The Note Type game was created by Hunternif. The Death Note seris is created by Takeshi Obata and Tsugumi Ohba.

bruh its on and it dosnt let me

Forbidden Spinjitzu in No Mans…