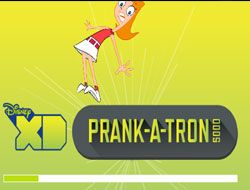 In Star Wars Rebels: Strike Missions, one of our latest action games and Star Wars Rebels Games, get prepared to join Ezra and his team of Rebels in another mission full of danger, action, fighting, and all-around fun, just like you have had with all of the previous games we have added in the category, one more fun and more interesting than the other one, wouldn't you agree? In this game, you will go on several missions to rescue prisoners from the Empire, and if you want to know how, follow our following advice! You will choose a leader and a support. On the top left you will have your health bar, credits, special move counter, and super attack meter. Move using the arrow keys, and shoot with the space bar. You have to fight your way through each level. Use X for super attack, and hold the space bar for a special move. Press shift to dodge enemy attacks. Along your way, collect pick-ups like thermal detonators, spread shots, rapid shots, super attack canisters, special move canisters, becta tanks, medkits, credit cards, and credit tokens. Good luck in your mission, and remember to never give up!